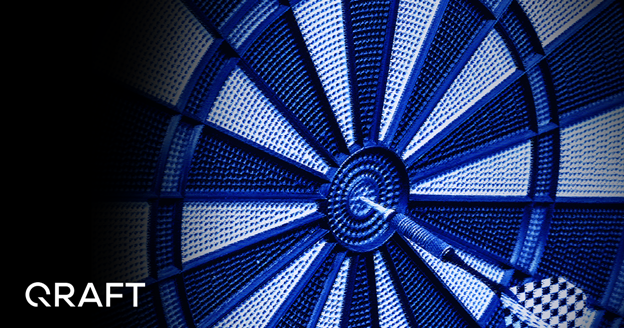 In recent months, the Qraft AI-Enhanced U.S. Large Cap Momentum ETF (NYSE: AMOM) has correctly forecasted the price movements of several stocks. While this is true in many instances, there have also been cases where AI had missed the mark on other stocks.

AMOM is an actively managed portfolio of U.S. large cap stocks, guided directly by AI technology. It seeks to hold stocks with exposure to the momentum factor. AMOM undergoes rebalancing at the end of each month, including reweighting holdings as well as adding new stocks and removing others.

Performance data quoted represents past performance and is no guarantee of future results. Investment return and principal value of an investment will fluctuate so that an investor's shares, when redeemed, may be worth more or less than the original cost. Current performance may be lower or higher than the original cost. Returns for periods of less than one year are not annualized. Returns are determined based on the midpoint of the bid/ask spread at 4:00pm Eastern time, when the NAV is typically calculated. Market returns does not represent the returns you would receive if you traded shares at other times.

Market Price: The current price at which shares are bought and sold. Market returns are based upon the midpoint or the last bid/ask spread at 4:00pm Eastern time.

NAV: The dollar value of a single share, based on the value of the underlying assets of the fund minus its liabilities, divided by the number of shares outstanding. Calculated at the end of each business day.

One of AMOM’s most notable achievements has been correctly anticipating stock price movements of Tesla since last year. 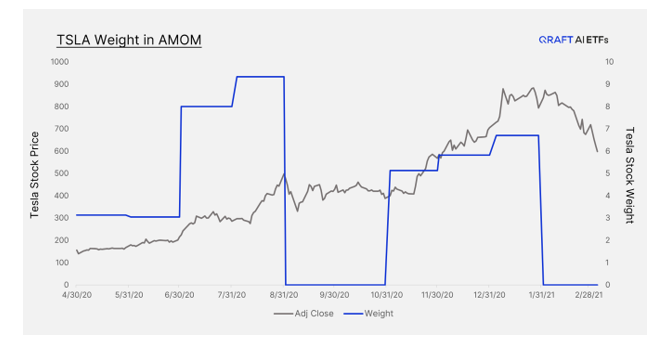 For informational purposes only. Past performance does not guarantee future results. For AMOM top ten holdings, click https://qraftaietf.com/amom.

AMOM sold off all Tesla shares in August before the September dip, when the stock fell by 14% and an additional 10% in October. AMOM then reinvested in November when the share price soared by 46.3% and didn’t sell until the end of January, when Tesla fell by 12% at the beginning of February.

For the months of February, March, and April, Tesla’s share price dropped almost a combined 22% from its January high of $900. AMOM took out Tesla during these months of downturn and reinvested in Tesla in May, making up 6.22% of its portfolio.

Furthermore, AMOM was able to correctly forecast Amazon’s stock price movement in April. Among AMOM’s largest holdings at the start of April was Amazon (AMZN), which accounted for 8.55% of the fund’s portfolio. Amazon then reported its Q1 earnings report and recorded sales of $108.5 billion, which is up 44$ from last year. Consequently, Amazon’s stock price climbed 3.4% during after-hours trading. 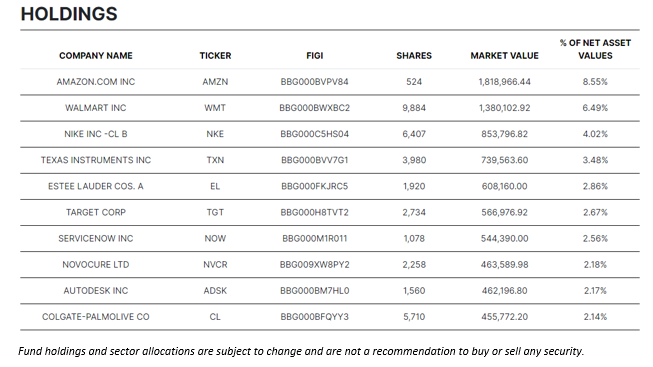 As of 04/14/2021, when comparing the total number of volumes traded in the past 100 days, AMOM topped 1st on the list of all ETFs traded on the New York Stock Exchange.

AMOM’s capability to pick winning stocks isn’t foolproof. For the month of April, AMOM removed Nvidia, Home Depot, KLA Corporation, Zebra Technologies, and Generac Holdings from the fund. These five stocks were considered the largest by portfolio weight. But once removed, all five stocks actually went up in price, with Nvidia going up by nearly 10% in April.

Additionally, AMOM had added a few stocks into its portfolio, but for the month of April, those stocks’ prices actually went down. Some of those include Dropbox, Hologic Inc., and Citrix Systems.

Market timing has been considered controversial at best by many people in the finance industry. Timing your trades without any solid research is pretty much equivalent to gambling and there is not a single person who can do this consistently well for a long time. You essentially have to choose the right stocks at the right price and at the right time – every single time. Your odds of winning are almost slim to none.

The point is no one can predict the stock market. Not even AI. But there are certain things that, we believe, AI can do better than humans in preparing investments. These include:

With these optimized processes for creating portfolios, Qraft leverages AI to gather investment factors that have historically shown the potential to provide strong performances.

Where To Go From Here

AMOM tracks the top 50 U.S. large cap companies that capitalize on the movements of existing market trends. It is an AI driven ETF that focuses primarily on the momentum factor. AMOM is available to purchase on various brokerage accounts, including Fidelity, Charles Schwab, TD Ameritrade, E-Trade, Robinhood, and more. Please note that you cannot invest in AMOM directly through Qraft.