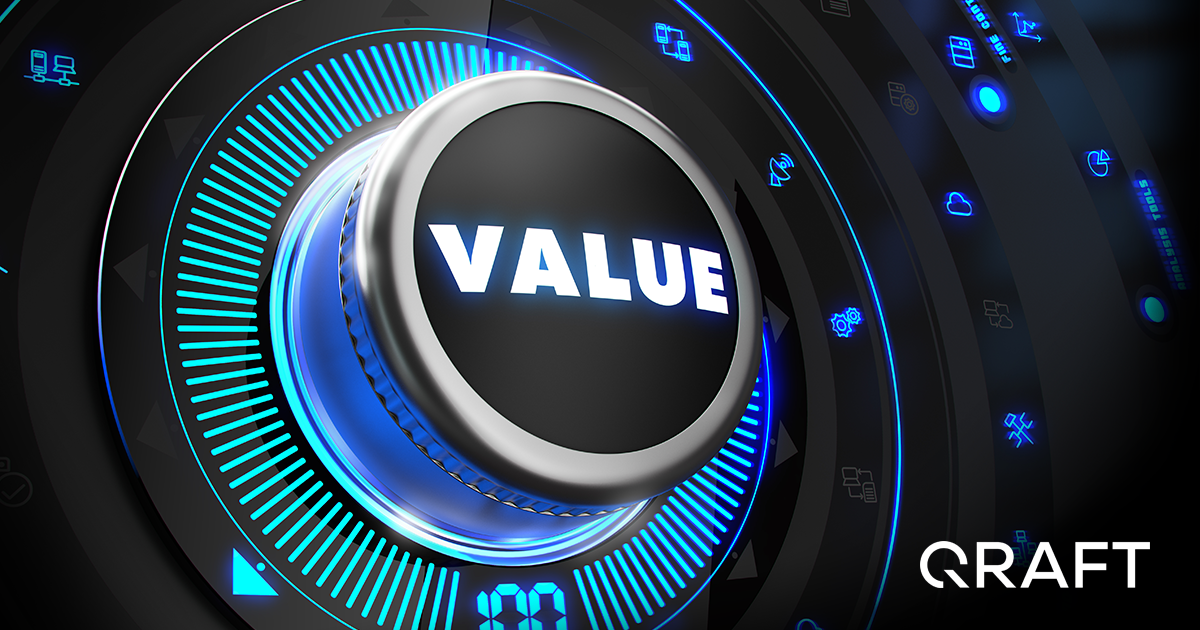 A careful examination of value and growth stocks over the last 13 years (January 2007-June 2020) shows that value has underperformed growth by at least 39%, according to data from Research Affiliate, a global leader in factor investing and asset allocation. Year after year, despite investors’ anticipation, expensive growth stocks have outperformed value by the widest margins since the dot-com era. That’s disconcerting for value investors — especially when value is meant for long-term strategy.

So does this mean it’s over for value? Absolutely not. Quite the opposite, actually.

Poised for a Comeback

While no one knows what the future holds in the stock market, many investors believe that value will soon take over growth once again. In fact, just two months ago in September of this year, the large cap value stocks have outperformed large cap growth. 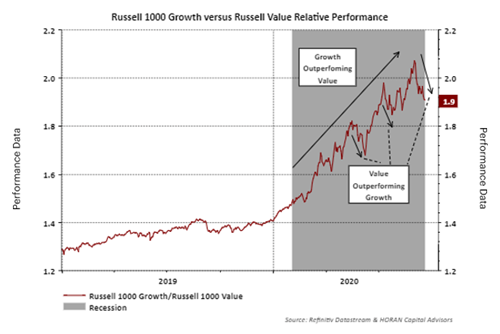 In addition, value favors a strong economic recovery. We saw this happen each time the U.S. went through a recession since 1929. And now, as the economy prepares to exit the pandemic slump, we believe value stocks are in a great position to outperform growth stocks.

Another point is that in the past decade, growth stocks have surged on the backs of large tech companies. Many fear that another tech bubble burst is imminent since we have found that in most market cycles, profitable growth companies have lost their momentum and eventually underperformed. While this may be true, many investors still believe that due to low interest rates and the high profitability of tech giants, growth stocks will likely continue to dominate the market.

A New Approach to Value

Regardless, for value investors, a comeback is long overdue. Not just for the reasons mentioned above, but because there’s a new way to accurately measure a company’s book value. According to Baruch Lev, a professor at New York University Stern School of Business, our approach to calculating the value factor has been wrong for a while. In today’s financial markets, intangible assets are often overlooked but they play an integral role in book value calculations.

Lev’s conclusion is that if you are not measuring the assets properly, you can’t correctly determine that a company is undervalued or overvalued. For example, you shouldn’t just rely on tangible assets like factories or lands when companies like Amazon or Apple spends considerable amount of expenses on intangible assets like trademarks, patents, and branding. 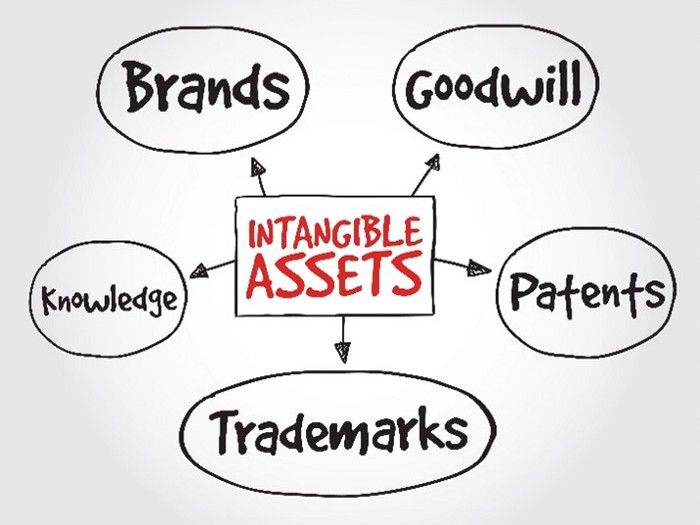 How Do We Measure Intangible Assets?

Intangible assets have no physical presence, but they add long-term value to all businesses. You can divide the assets into two broad categories: intellectual property and goodwill. Intellectual property refers to any possession or product that is owned and created by the human mind. This may include trademarks, patents, or licensing agreements. Goodwill, on the other hand, refers to a company’s brand value. This includes employee relations, loyal customer base, brand identity, and proprietary technology.

As the economy tilts its value from factories, office buildings, and machineries to ideas, brands, and software, the need to shift from tangible capitals to intangibles will become more apparent than ever before. But according to Michael Mauboussin, the Head of Consilient Research at Counterpoint Global, measuring intangibles through the conventional accounting methods is extremely challenging. While some companies voluntarily share this information in their reports to give investors a better idea of their value, those numbers are mostly developed in-house and subject to pre-determined prices. In essence, intangibles have unclear boundaries and calculating a meaningful analysis can be an almost impossible task.

Bottom line is, when properly understood, the fundamental of value investing — buying stocks that fall below their intrinsic value, still holds true today. But the economy has changed drastically since the last dot-com crash, and we find the normal way of using tangible assets to calculate book value is no longer effective. The new way, however, has yet to be found. Or at least properly implemented. So then, if measuring intangible assets is a notoriously tricky task, would AI be able to handle it? That’s the challenge that Qraft Technologies has sought after and it’s been able to provide successful results thus far. 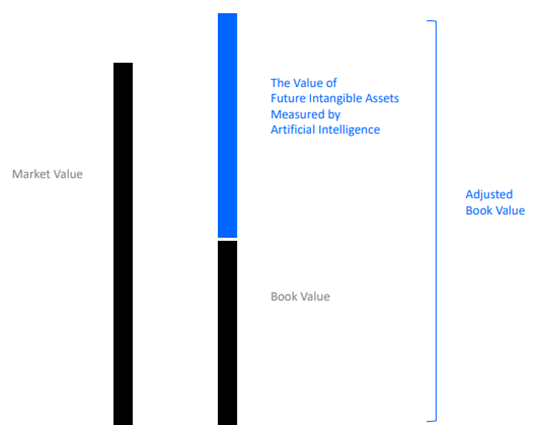 Our AI technology aims to learn relevant data to the future intangible assets (R&D costs, marketing costs, patent issuance, etc.) and properly measure a company’s book value. Then our AI will invest in stocks that have a higher ratio of adjusted book value to their market value.

By “relevant” data, we mean that AI is able to detect and take into account the differences between sectors. For instance, the R&D cost can be more expensive for a biotechnology sector than it is with an IT sector. With each industries, there are costs and patterns that are hard to calculate and analyze for intangible assets. You can’t just assume that Coca-Cola has the same branding costs than a company like Apple, where it spends more on patents and trademarks.

Looking at the image above, once a company’s intangible assets are accurately calculated and correct book value is measured, that could be the determining factor if a stock is either overvalued or undervalued.

An easy way to digest Qraft’s core AI technology is to refer to a traditional Chinese game of Go. From the surface, Go seems pretty simple; two players take turns placing stones to determine who occupies more space. But when observed more carefully, Go is actually a complicated board game that requires in-depth strategic knowledge. For example, the search universe for Go has nearly 1 trillion different ways to form a strategy, making it almost impossible for the players to calculate during a game. It’s also one of the reasons why computers had difficulty mastering the game early on.

In finance, the search space of an investment universe is similar to the search space of Go. Just as there are over trillions of ways Go players can form a strategy, a well-engineered deep learning model can survey the vast network of probable factor candidates and extract investment strategies that bring excess return potential. And just as AlphaGo was able to defeat Go champions across the world, we believe that Qraft AI can position itself to outperform the markets.

There’s no doubt that growth has had a tremendous run. But as AI learns and relearns ways to find the “correct” value, we believe it’s just a matter of time that value investors take the lead.